This weekend we got one big step closer to getting Spencer’s nursery finished. Since it was so hot outside, I decided to spend the afternoon painting his tree mural. I gathered up all the art supplies I had bought: acrylics, a palette, brushes, tape, and a sea sponge. 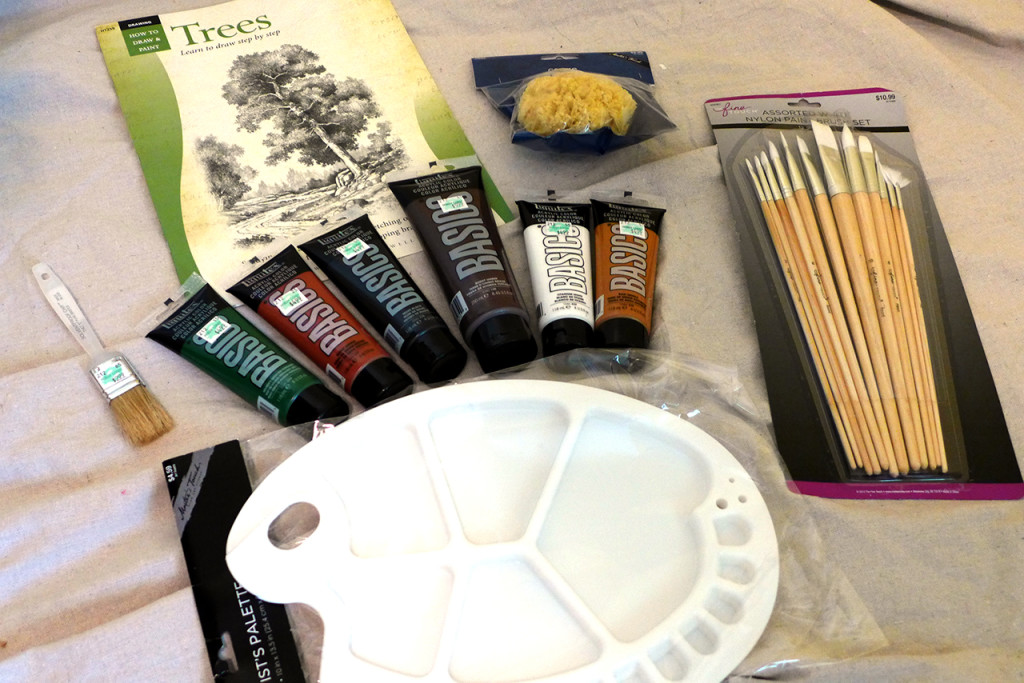 The first thing I did was put down a brown base coat for the trunk and limbs. Then, to give the tree so volume, I went over it with another coat of brown but while the paint was wet, I mixed in some umber streaks, some blacks on the lower areas, and some white mixed with the original brown for highlights. Mixing the colors on the fly was a lot of fun and gave it a more natural look. 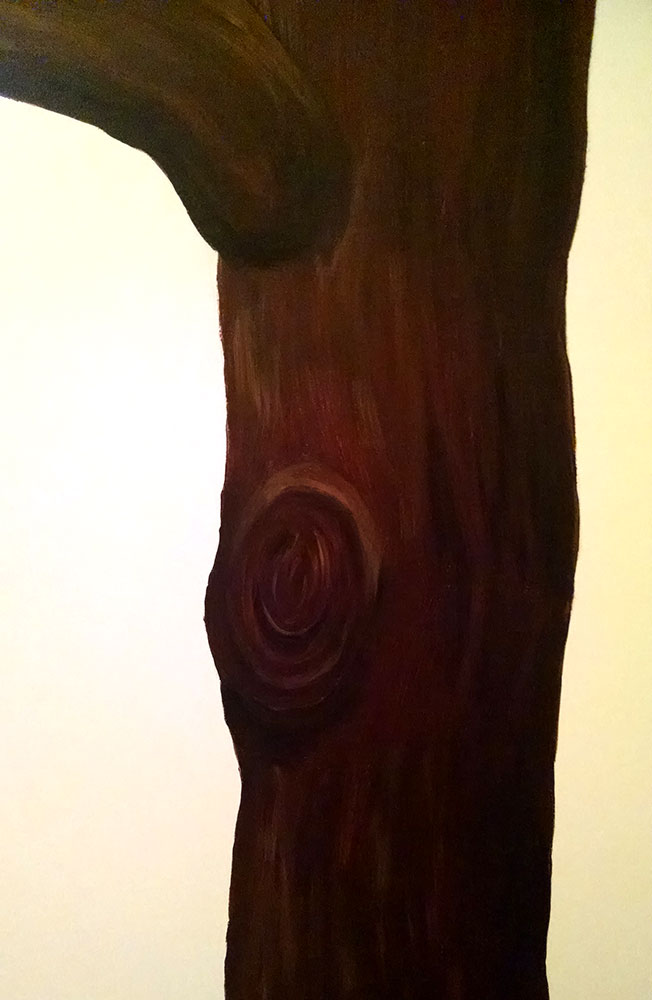 The next day I decided to tackle the leaves. Originally we thought we would do some realistic-looking, individual leaves. I don’t think I had planned on how the leaves were going to be arranged because with so few limbs for the leaves to attach to, it soon became clear that there wasn’t going to be enough foilage for the tree. Poor Pooh and Piglet were going to get sun-scorched! 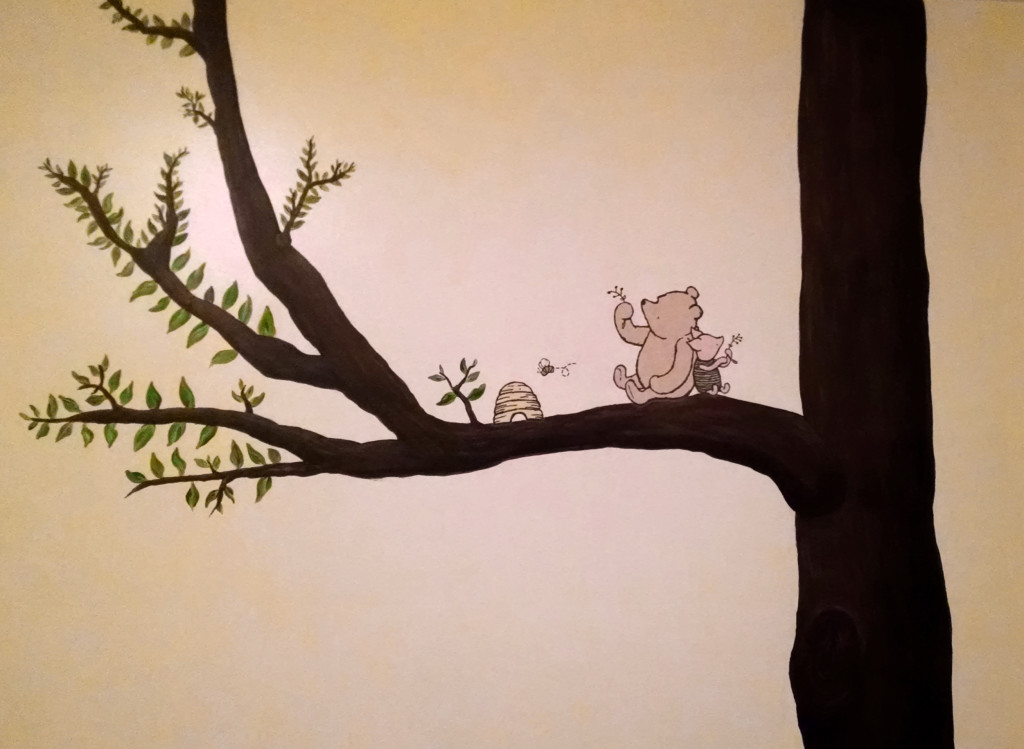 That’s when I decided to try the sea sponge. Joy and I had seen several mural painters use the sponge to great effect to make very realistic looking leaves for trees. So I tried it on a small area, laying down a green base “coat” then applying darker green near the bottom and then touching up the tops of the boughs with white mixed with a touch of the original green. MUCH better! 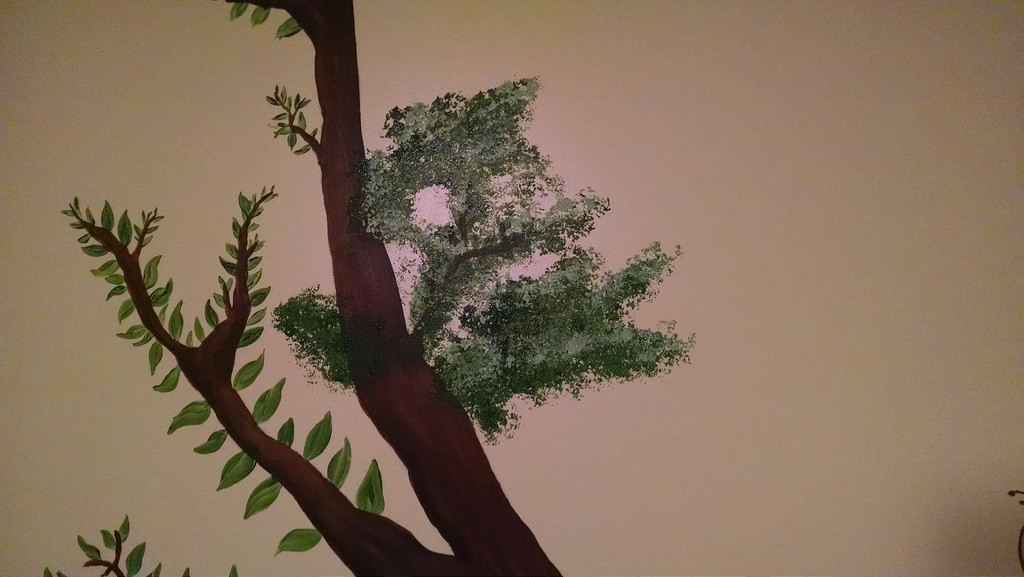 To keep the tree’s leaves looking uniform, I decided to cover up the original leaves. Joy suggested I leave one little twig near Pooh and I thought it added a nice touch. 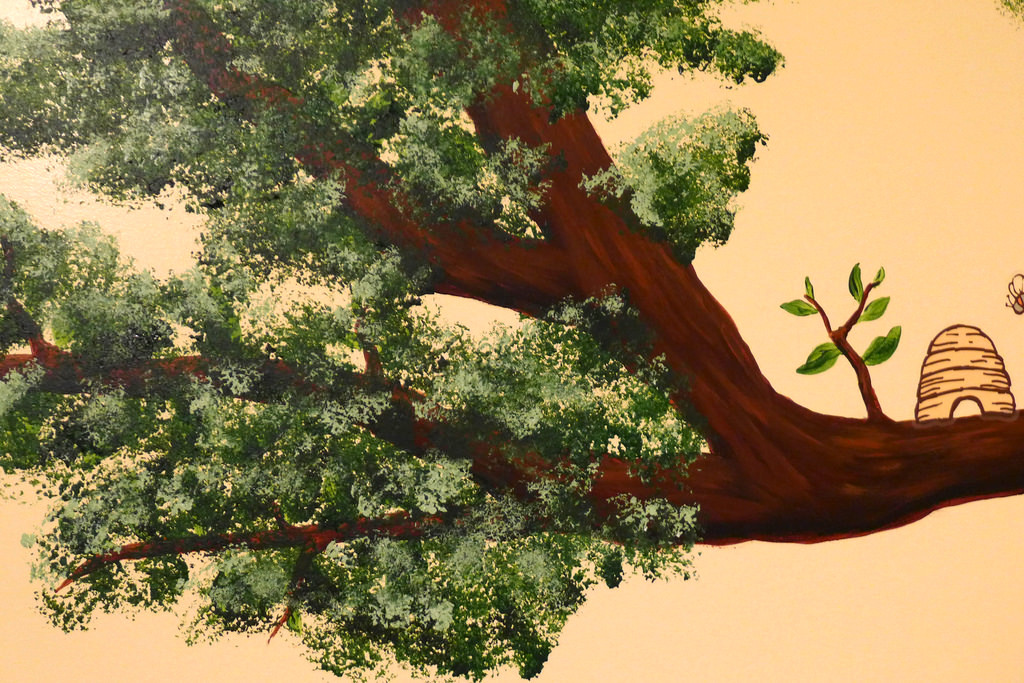 With the technique and style mastered, I fleshed out the rest of the tree by covering the top of the trunk and gave Pooh and Piglet a shady respite from the imaginary sun. 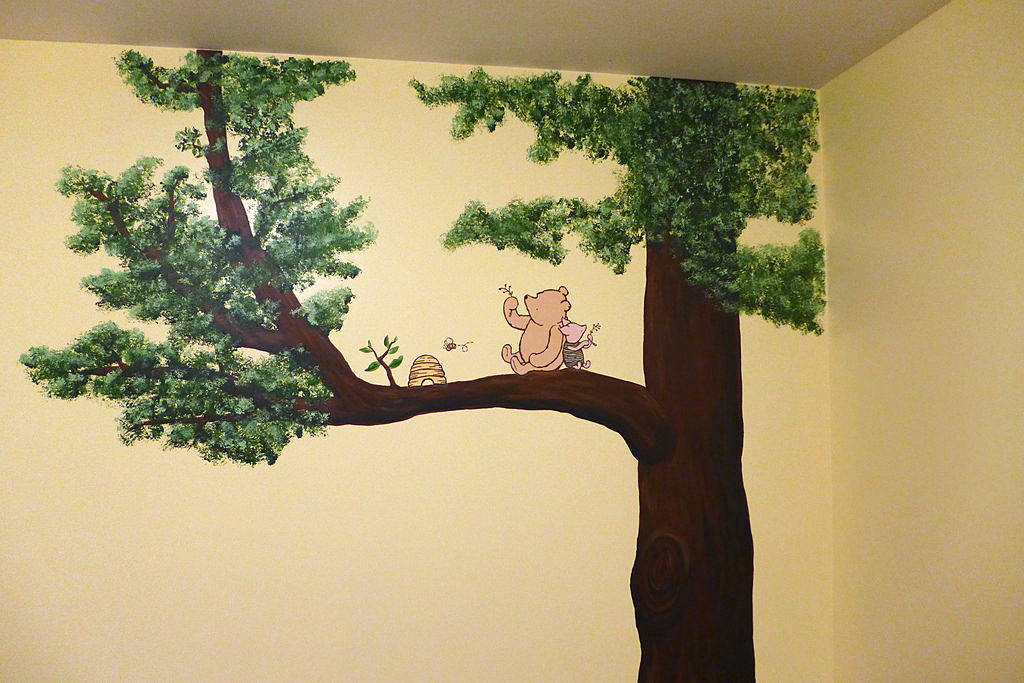 And here’s the finished tree in the corner of the nursery.

Sunday night I got to bottle feed Spencer for the first time. I wouldn’t say it was hard, but there was more to it than I thought. You have to hold him far enough away from you that he’s not snuggly next to you or else he’ll fall asleep.  You also have to hold him at such an angle that the nipple of the bottle touches the roof of his mouth, that his tongue is out of the way, and that he’s inclined at such an angle that he gets milk out of the bottle but not too far that he has trouble swallowing and breathing. If he stops suckling the bottle, you can twist the bottle and gently place a finger under his jaw to stimulate his natural inclination to nurse.

After about 5-10 minutes, it’s time to burp him. Craddling his precious little head you have to cup your hand and pat him (a little firmer than I would have thought) until he burps. Spencer got tired pretty quick and was starting to doze off so Joy took over since she’s feed him more than I have. When we got down to about 9 mL in his bottle, the NICU nurse asked for a turn and with her coaxing, Spencer polished it off. He was wiped afterwards so we soon put him to bed and called it a night. 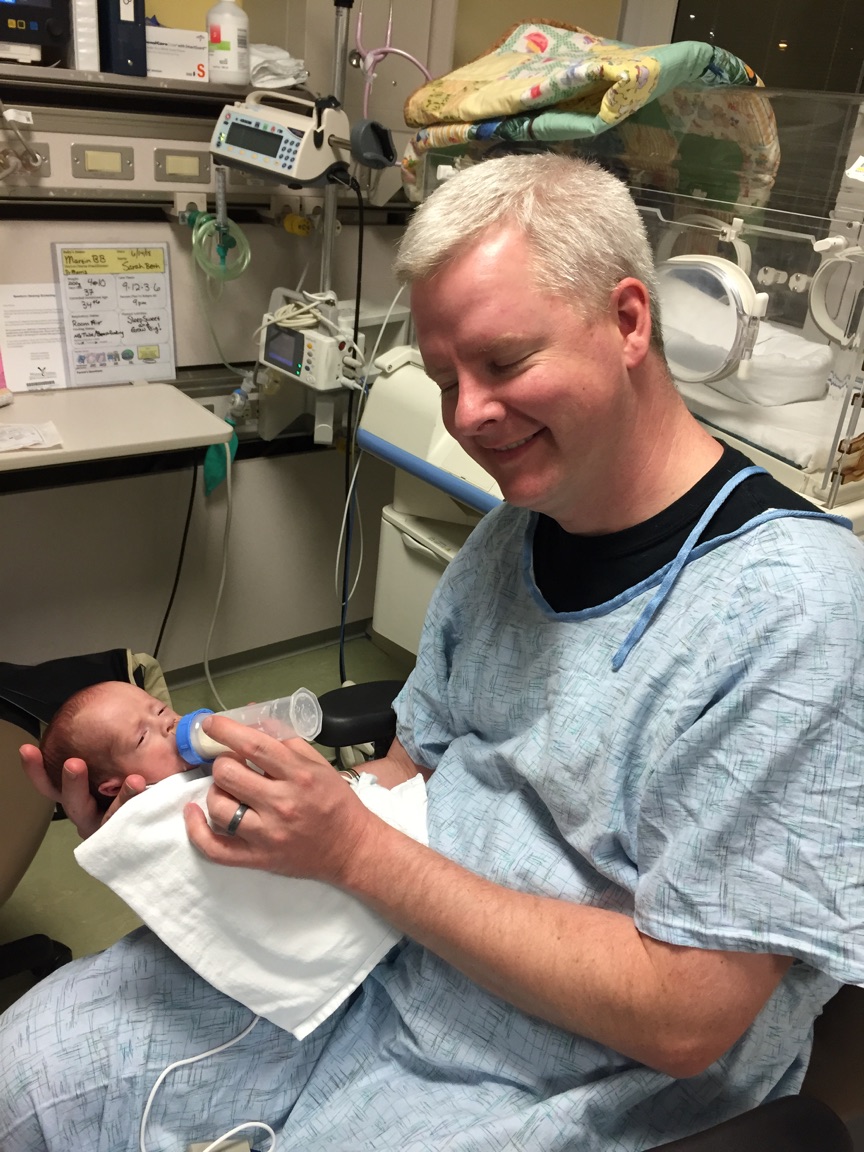