I’m so excited! I’m leaving in a few days to travel up to Cumberland Maryland to ride the GAP, the Great Allegheny Passage, with my sister and brother. Well, my brother isn’t riding the trail with us, but he’s driving the “support wagon” and will be meeting us every night at our next stop to set up camp. 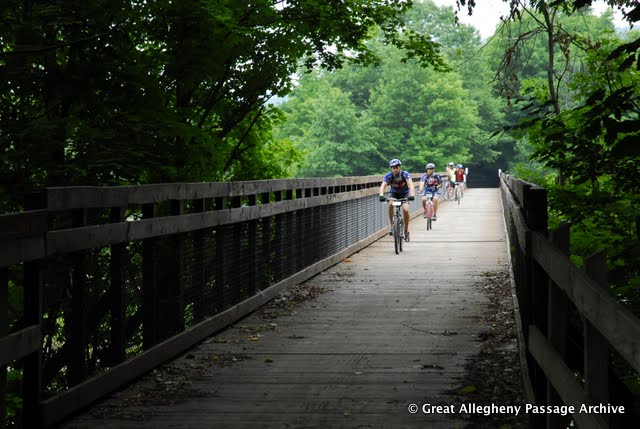 So, what is the Great Allegheny Passage? It’s a 150-mile long trail that connects Cumberland, Maryland to Pittsburgh, Pennsylvania. It also connects to the C&O Canal Towpath which goes from Cumberland, to Washington, DC. The path is a rails-to-trails conversion, meaning it was once an active train track. The rails and ties have been removed and the remaining rock path has been crushed, flattened, and compacted. It’s a beautiful traffic and vehicle-free route through some really scenic country side.  The trail is mostly flat, with only a slight 2% grade leading out of Cumberland up to the Eastern Continental Divide. From there, it’s a pretty smooth ride into Pittsubrgh.

END_OF_DOCUMENT_TOKEN_TO_BE_REPLACED

For my birthday this year I decided I was finally going to get the bike I’ve always wanted. This bike first popped up on my radar about 3-4 years ago and I never thought I’d actually own one because they’re pretty expensive, starting at $1200. It’s a Cruzbike. I’ve seen videos on YouTube and they look like they’re super comfortable and fun to ride, but that price was just something I couldn’t swallow for recreational exercise. 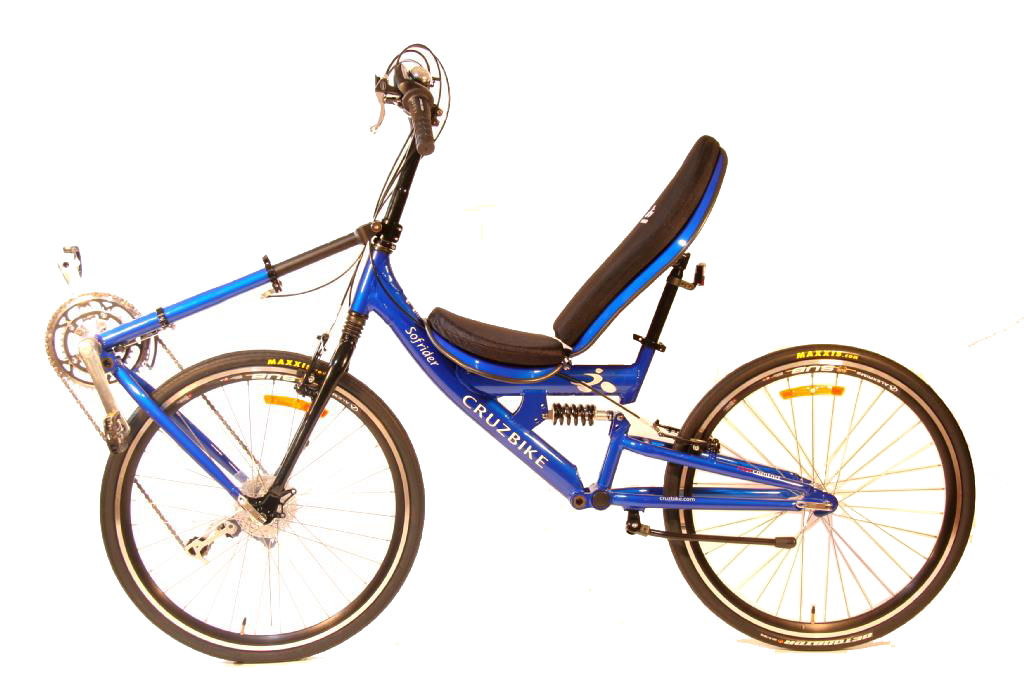 Then earlier this year I realized they have a conversion kit on their website. It’s about a 1/3 the cost of a complete bike. So I began search Craigslist and eBay for a suitable donor bike. It wasn’t easy because the top tube should ideally be no higher than the rear tire. It should be 26″, have suspension components, and threadless headset. I was striking out pretty much every week, then I noticed in the corner of my garage that I had almost all the requirements met in my Giant Suede hybrid bike that my wife bought me for my birthday almost 5 years ago! So I ordered the conversion kit and a few other needed pieces to make the swap. I wasn’t as easy as I thought it was going to be. Thankfully I had the necessary bike tools from Park to remove the crank arms and bottom bracket. I also had to visit a few of the local bike shops which was kinda neat to get a new seat post and shim. As time allowed, I was able to work on it and a week later I have a finished Cruzbike!

END_OF_DOCUMENT_TOKEN_TO_BE_REPLACED

Joy and I had a pretty busy weekend last week. Since my birthday fell on a Wednesday and Joy had to be in choir rehearsal that night, we decided to postpone my birthday celebration and dinner to Friday night. So, after work, Joy and I went and had dinner at P.F. Chang’s. We wanted to sit outside and people watch because it was the weather was so nice, but we had movie tickets for 8pm so we took first available.

After dinner we walked down to the Monaco theater and watched “Premium Rush.” We both enjoyed the movie and it really had me jonesing to get on my bike. So Saturday morning I decided to get up and head to the local bike shop and buy some new street tires for my bike. My bike isn’t exactly a cruiser (like a single-speed beach bike), and it’s not a mountain bike or a road bike. It’s actually a kind of hybrid bike of all three, but it came out before the “official” hybrid bikes (which are essentially mountain bikes with road bike wheels and tires). I’ve been wanting to get rid of the 2″ knobby tires and get some narrower, high-pressure slicks since I only ride on the streets in my neighborhood anymore. Here’s a comparison pic of the old and new tires: The tires made a big difference. The ride is much quieter and I get about 3-5 more mph now. I did have a slight tailwind, but I was able to hit 25 mph on a long flat street!

Saturday night was my 20th high school reunion. I’ve never been to any of my reunions, but a friend in the VW club that went to school with me talked me into going. So on the way home from the bike shop, Joy and I decided to swing my Enterprise rental cars and see if they had an Italian super cars to rent. Unfortunately, all the Ferrari’s were gone but we did get this: That’s a Fiat 500 and we nicknamed him “Guido.” We’ve actually been trying to score a 500 rental ever since we heard that Enterprise had them. We test drove a new one a few months back and both really liked it so we thought we’d try an extended test drive, like a weekend or something and see if it’s something we’d like to pick up used someday. It has been such a fun car to drive. It handles great and it has a lot of pep for only 101 hp. I think it’d be even more fun rowing the gears with a manual tranny, especially if it was in the 160 hp Abarth edition!

So believe it or not, we drove the little Fiat to my H.S. reunion. The reunion itself was pretty boring. I think there was only about 40 people there and half of those people were spouses of my classmates. Most of the people I really wanted to catch up with didn’t even show. I never really talked to a lot of people in high school and I didn’t have much to say to them after 20 years. The food was great and the venue (Syke’s place in Decatur) was cool, but Joy and I still left really early. I’m sure I won the “Most Rude” award, but they’ll have to wait till the 40 year reunion to give it to me!