We kicked off May with a little excitement and some minor surgery. Spencer had been battling ear infections off and on for months (since about February). Our pediatrician recommended we take Spencer to an ears, nose, and throat doctor and his recommendation was tubes. It was a very quick operation. We spent more time in the waiting room with Spencer that he did getting them in.

He wasn’t very happy when he came to since he was in a strange place and probably felt a little weird. The tubes definitely worked. It seemed like he could hear himself better and he became a lot more chatty.

Spencer wouldn’t let some quick outpatient surgery hold him back! The very next day he joined Joy and I as we walked a 5k with her co-workers! It was early enough in the day that it wasn’t too hot and he was a great pace-setter.

On May 8 our precious gift turned 1 year old! It’s been an amazing first year with Spencer. For his birthday, we had a “Dragons Love Tacos” themed party. We had a few of our closest friends and families over and had a taco party and mini bundt cakes. 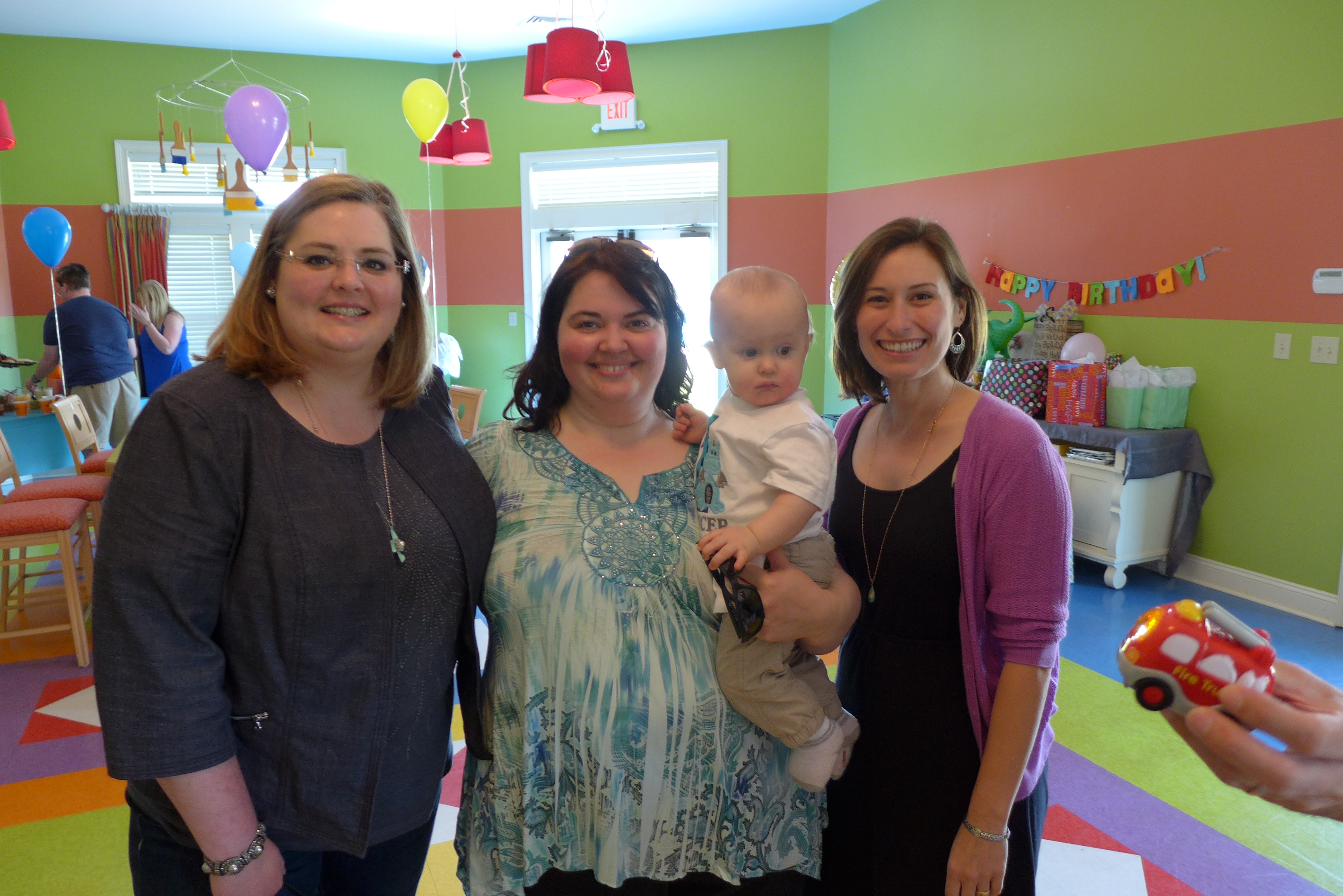 Spencer’s cousins Nora and Maggie came to town to celebrate Spencer’s birthday and Maggie had one herself. She and Spencer share the same birthday!

Spencer got lots of awesome gifts and toys to play with. Mom and Dad got him a bike trailer so he could just on rides in the evenings.

Joy graduated from Florida Institute of Technology with a Master’s Degree in Management. We attended a dinner and graduation ceremony on the 13th. Spencer and I are quite proud of her, especially considering she had Spencer early and spent 2 months in the hospital for two class!

And finally… I finally sold Pokey, my ’72 Volkswagen Super Beetle. It’s hard to believe that I’ve had him for nearly 16 years! I finished a full restoration on Pokey about 3 years ago. He’s been a great little car.

and ever since then, I haven’t really driven him that much, just the odd cruise-in, parade, or club meeting. I’ve been thinking about selling him for the last few years and this year I finally decided to do it. We found the perfect buyer. He was from Lake Martin and was looking for something fun to drive and always wanted a Beetle. I knew he’d take good care of Pokey and I haven’t lost a moment’s of sleep since he left.  Spencer on the other hand, might be kinda upset one day when he sees these pictures! 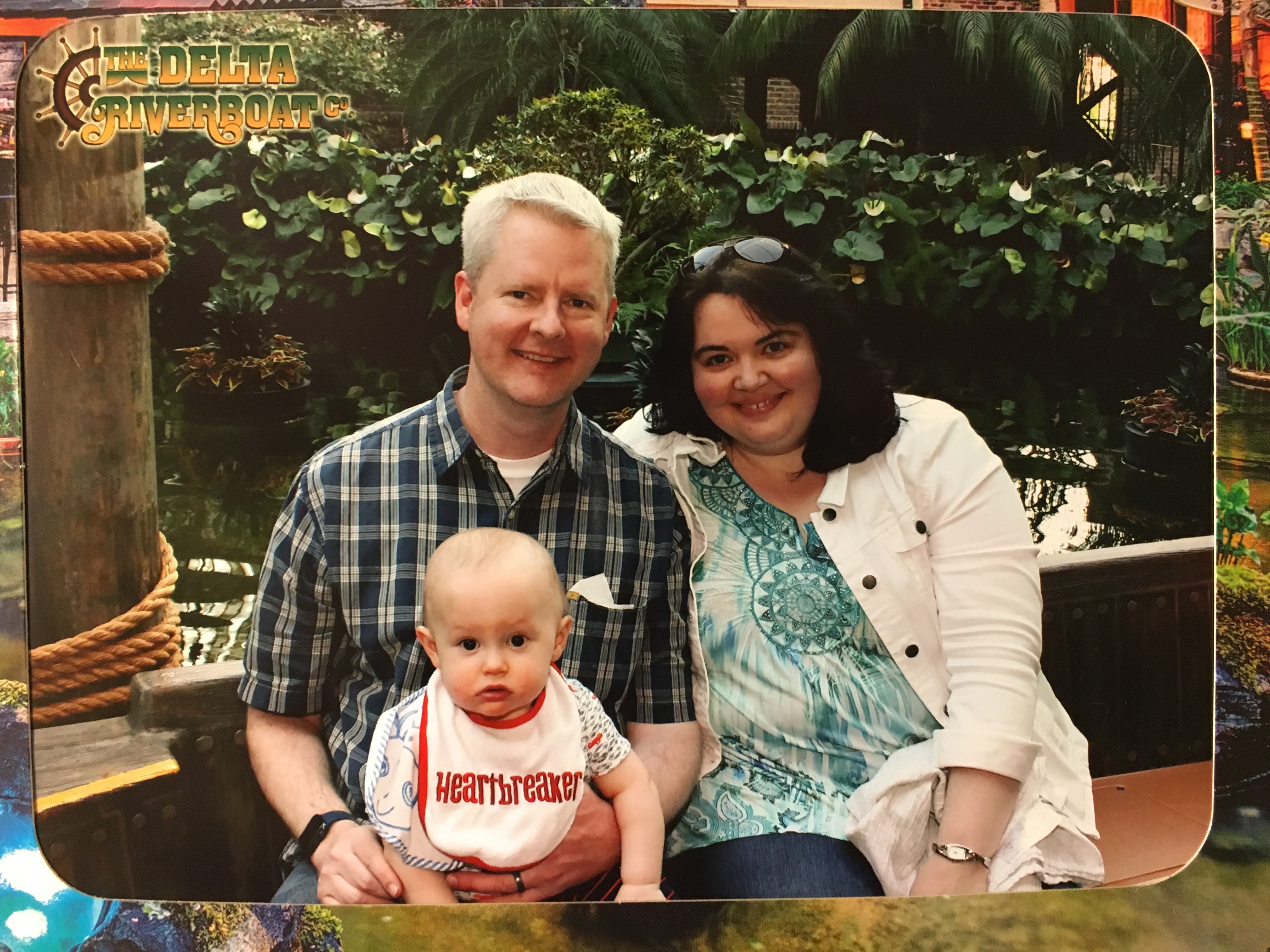 It’s been an age since we’ve updated everyone on Spencer! Sorry for that. We had no idea how busy life would get with a baby and two full time jobs. To get everyone up to speed, we’ll probably break these updates up into months. So here’s the February and March updates!

In February, we added Gerber Puffs to our diet of formula and baby food. As you can see below, Puffs are SOOOO good! 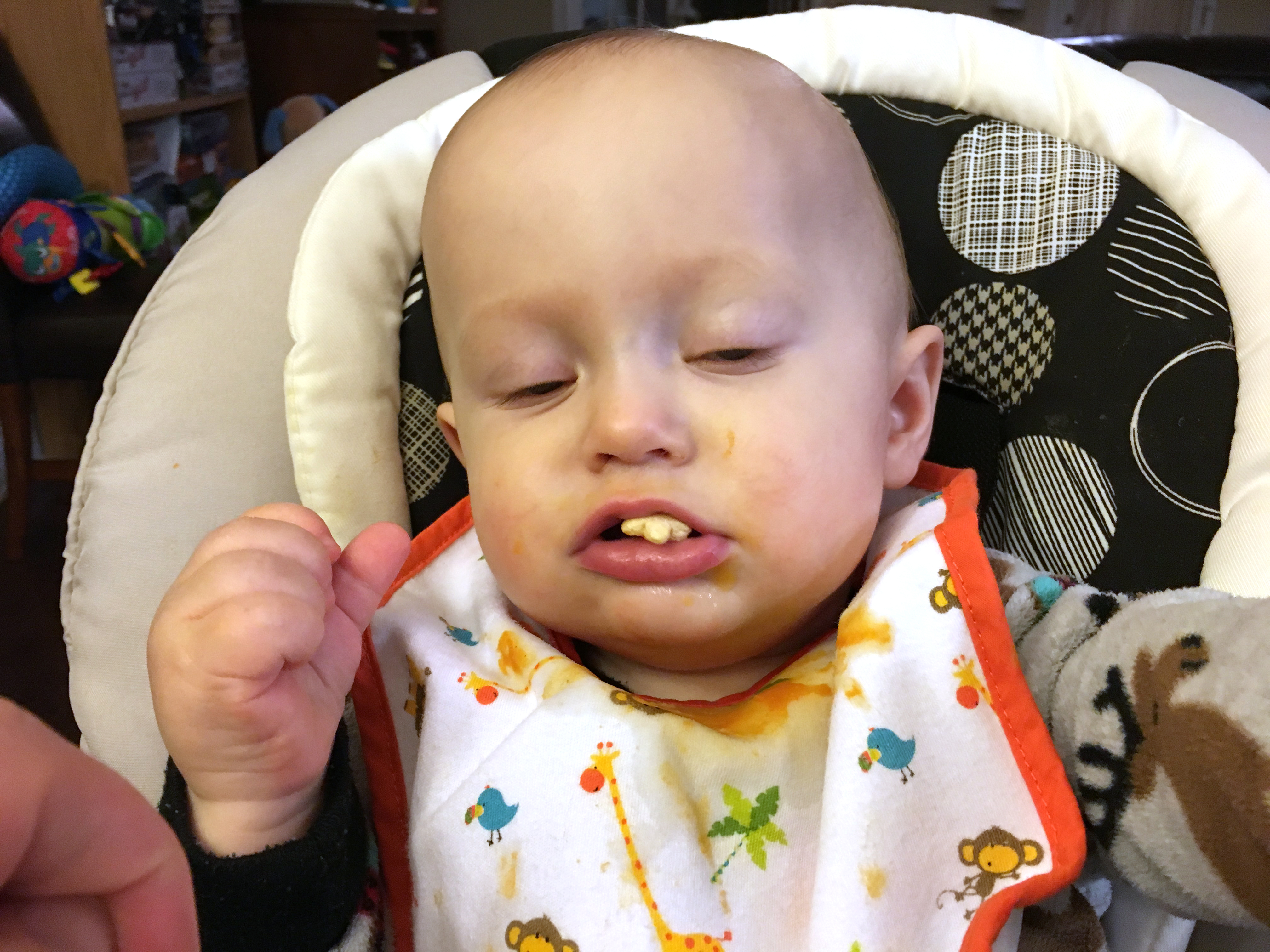 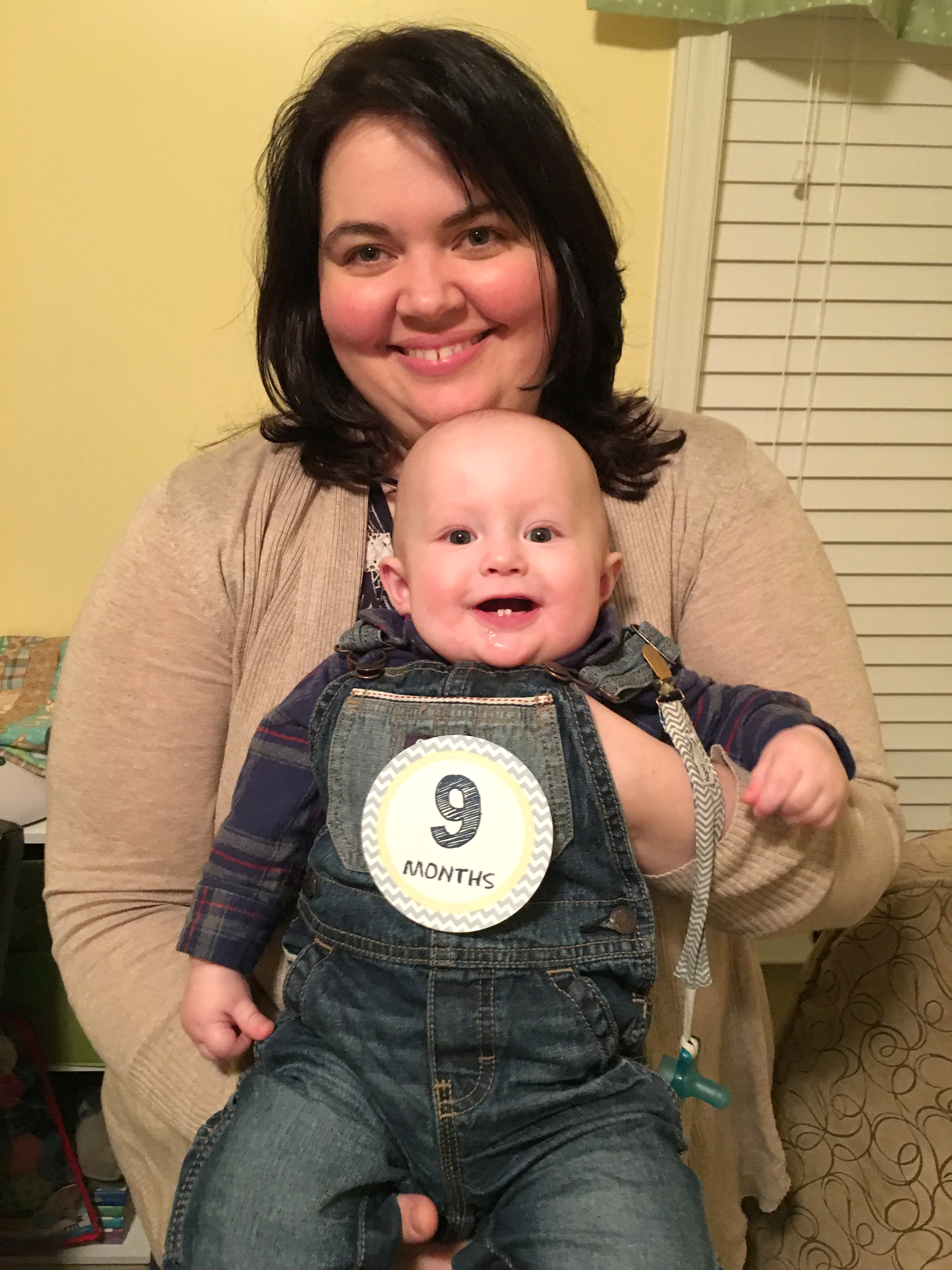 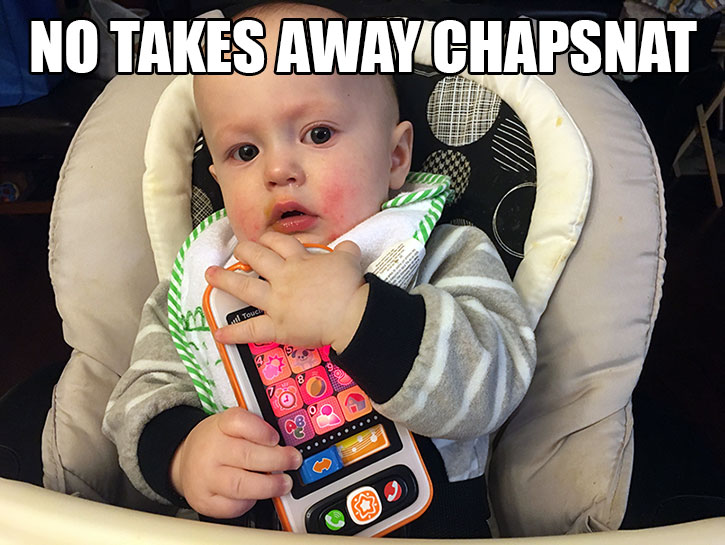 Spencer got sick a few times and when you have a fever, you’re not allowed to go to daycare, so Mom and Dad had to take turns with Spencer from time to time. Even with an ear ache and a runny nose, he’s still a sweet baby to spend the day with. 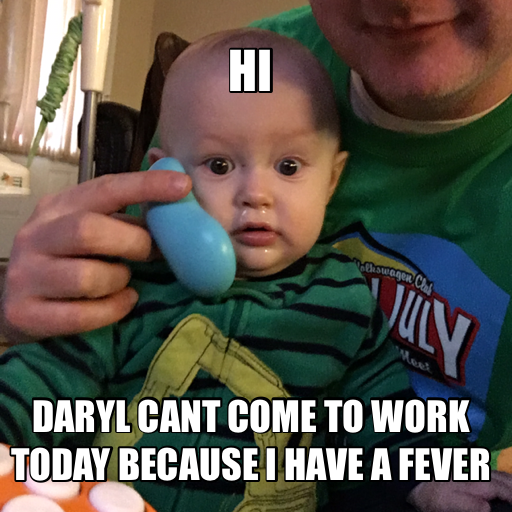 Once we were all better, we went to Knoxville, TN to visit our friends for a board game weekend.  We some great food, got to watch the Martian and Spencer gave an oral exam to a T-rex! 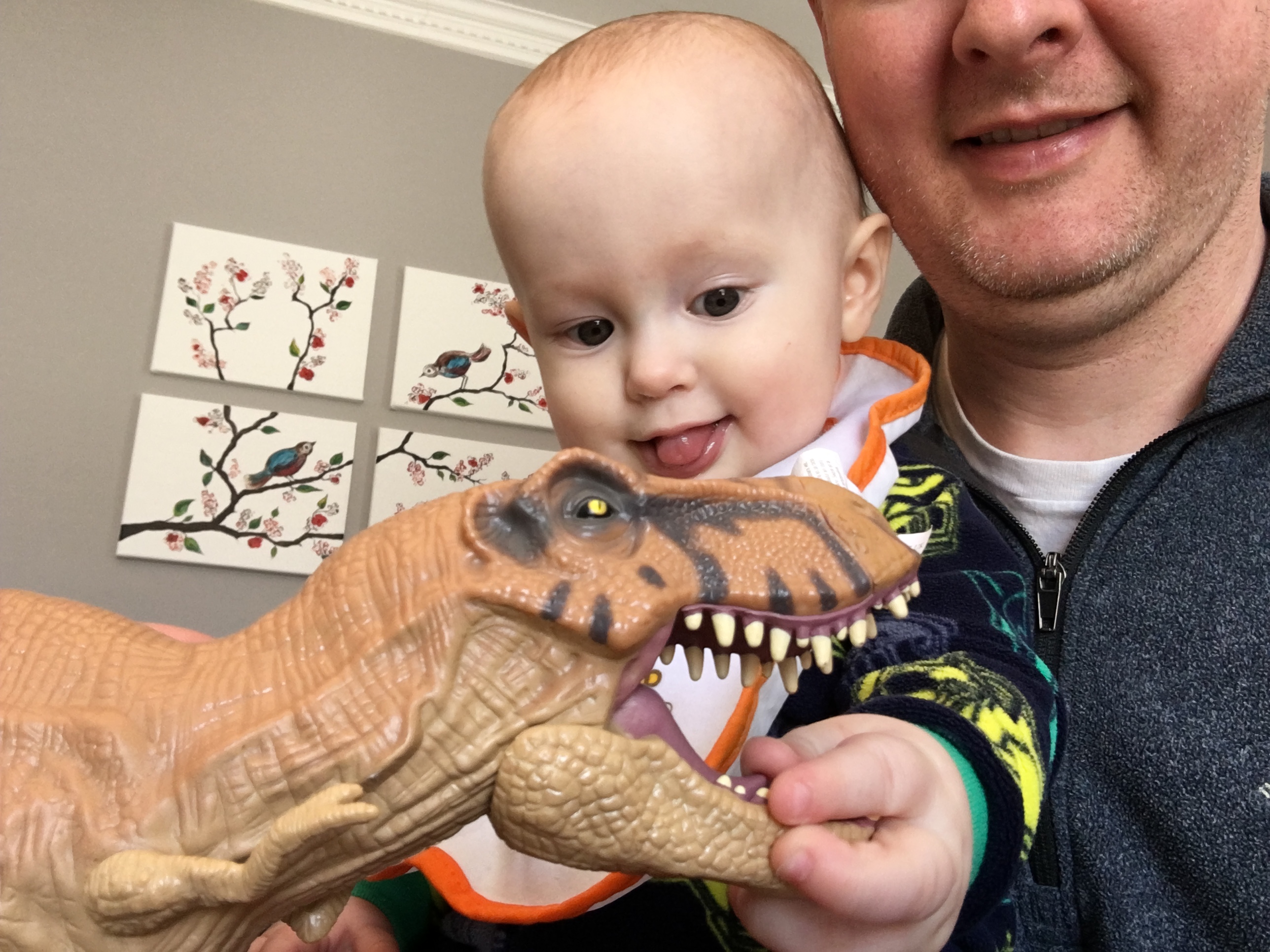 In March we celebrated our 10 month birthday! 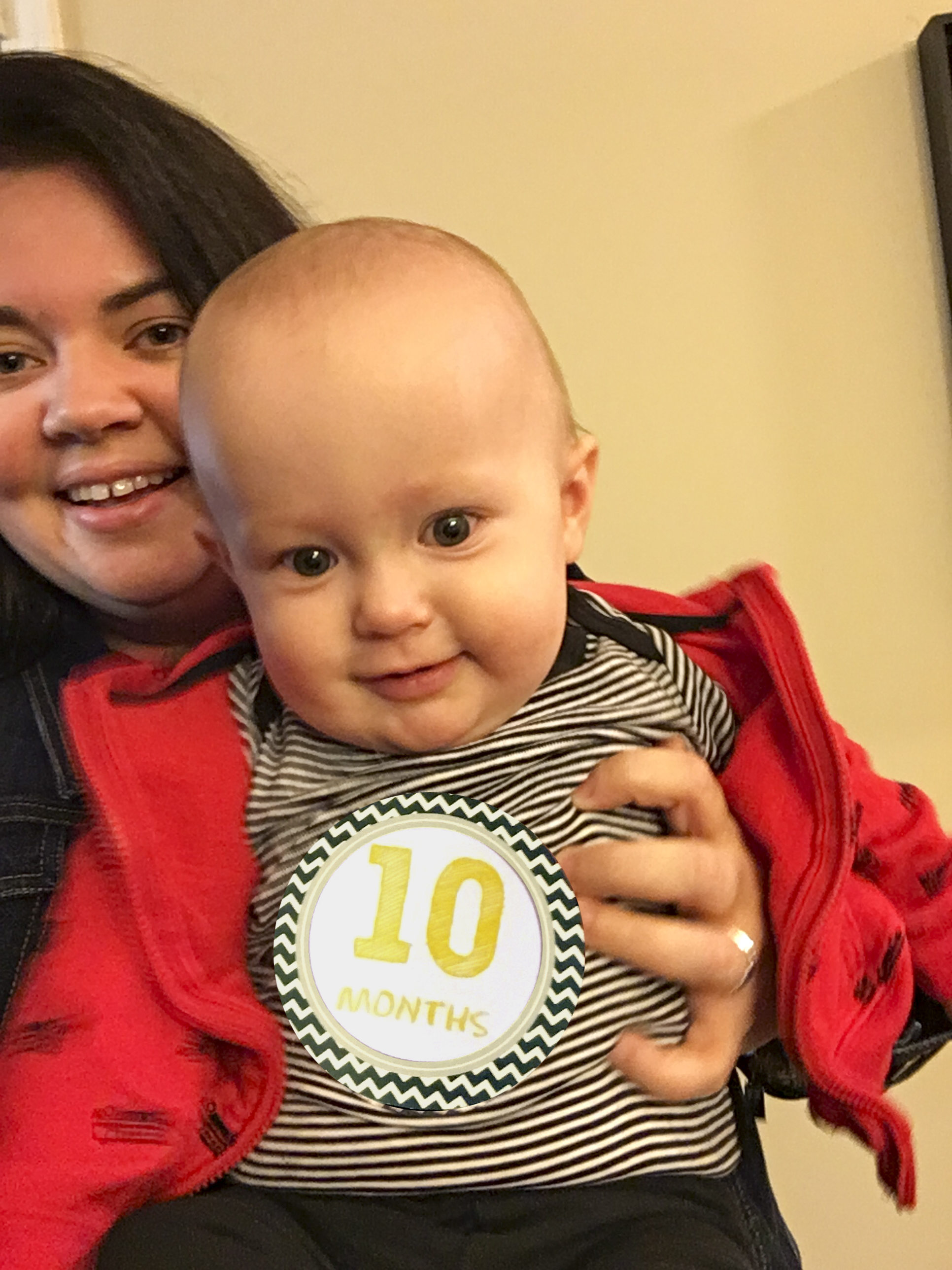 We also traveled to Little Rock, AR to visit some of Joy’s family. 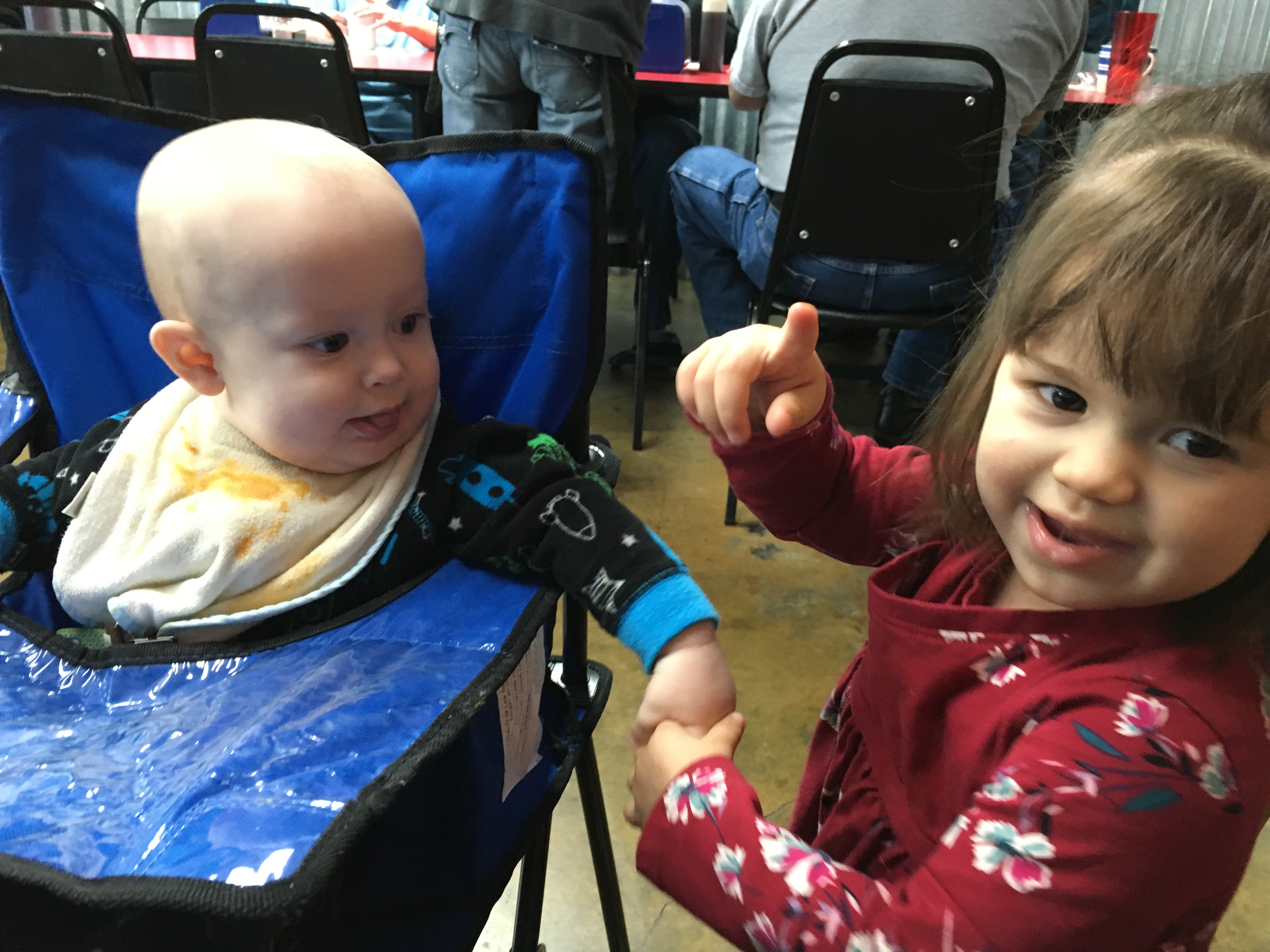 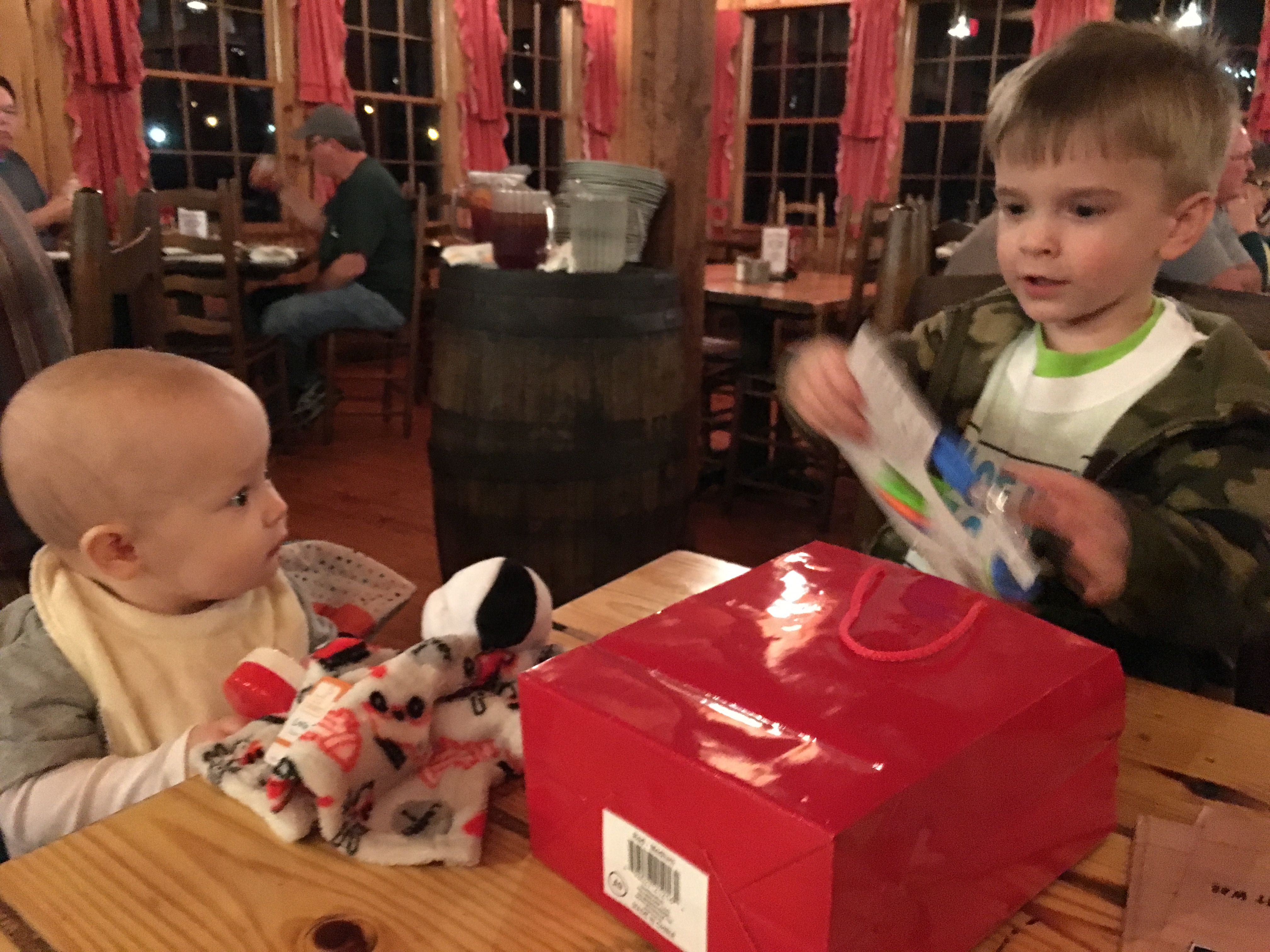 And we have 3 more teeth since Christmas for a total of 5 now! Spencer is still learning where they all are still, so he sometimes rubs them together which is always a pleasant sound. 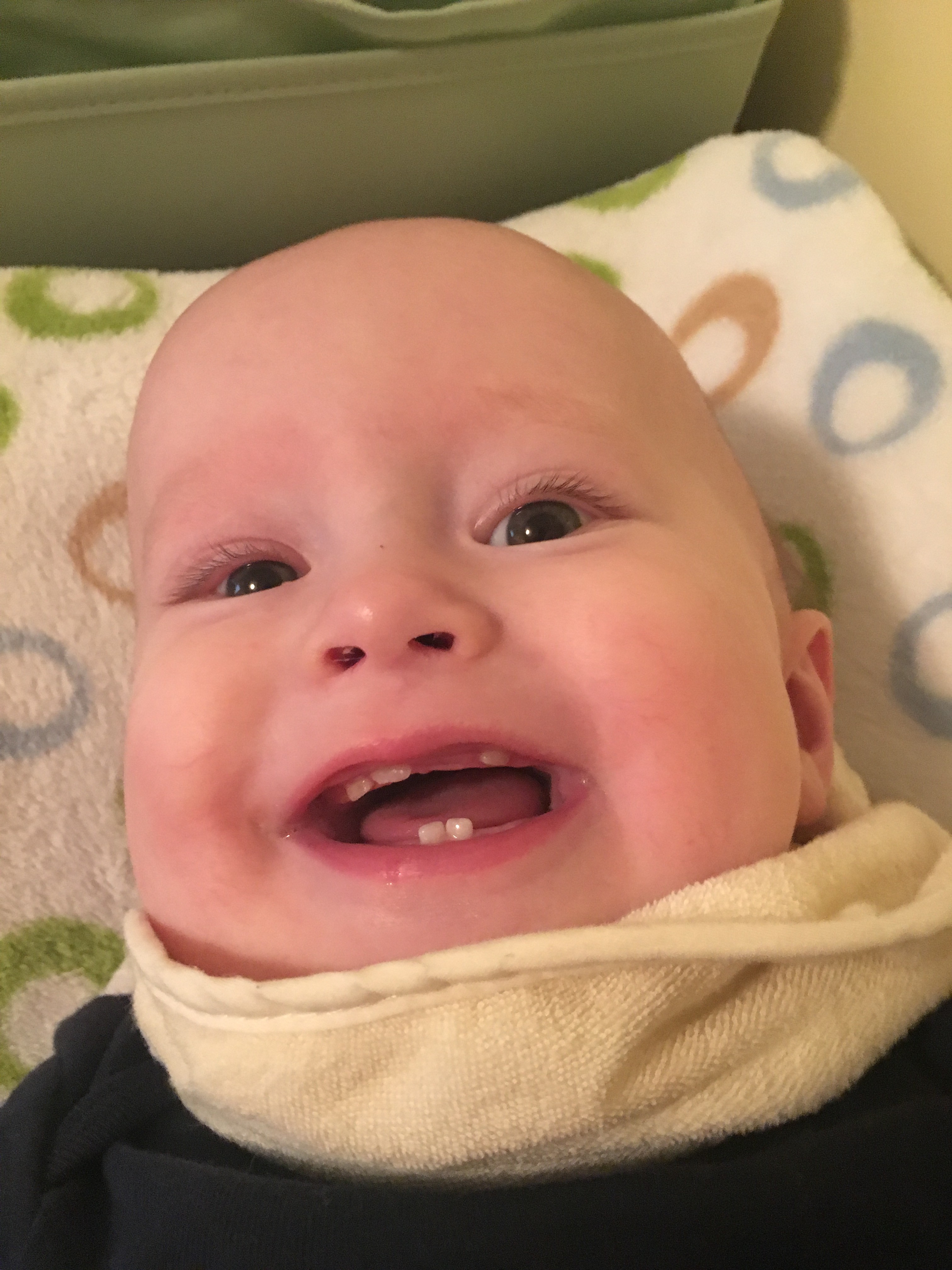 Coming up next – April!

I forgot to post this one with last night’s 2015 Wrap-up! It’s a little video I shot of Spencer dancing in his new jumping activity center with his cousins Nora and Maggie. This kid will definitely have some strong legs!

I can’t believe it’s been over 3 months since we’ve updated our blog. Time really flies when you’ve got a newborn at home! Several times, almost every week, I’d say to myself, I really need to post an update to the blog, but it’s been hard to find the time. After a full day at work, I’m usually rushing home to help out with Spencer while Joy was pumping, then she’d take over with Spencer and I’d go cook dinner. After cleaning up, there’s precious little time to hang out with Spencer before he goes down for the night and after he’s out, we’re not far behind.

So, several weeks and ashamedly, months have passed. Here it is 2016 already and Spencer is now almost 9 months old! NINE! Our little man has grown so much  these past few months. He’s now over 20 lbs! He’s had so many firsts (Halloween, Thanksgiving, Christmas, and New Years) that instead of describing them, we’ll just let these pictures do the talking. Enjoy!