Today marks one week that Spencer’s been home with us and it’s been quite a week. Both of us have only been to the “daylight” or evening care times when he was in the NICU, but Joy has been on an almost every 2-3 hour breast-pumping schedule. I’m not usually needed for that so I’ve slept through all of them. With Spencer home, I’ve tried to get up when possible to help with warming up milk and feeding Spencer while Joy pumps. The first few days were pretty rough sleep wise. It was kinda hard for us to get used to such an abbreviated sleep schedule but it’s been worth it to have our son home. 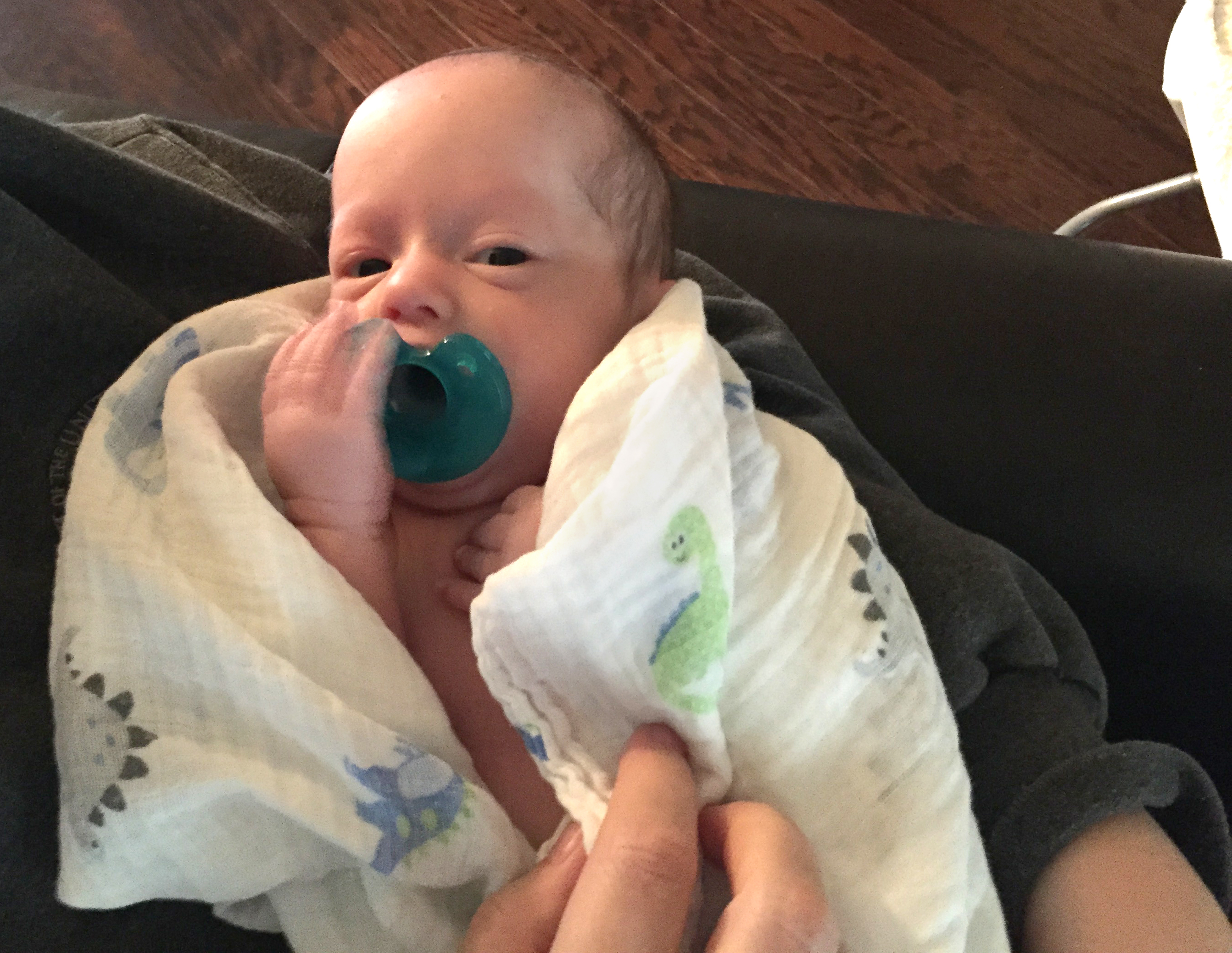 We’ve also  had to learn how to operate a Diaper Genie and change diapers while half-asleep in a darkened room. We also bought a bottle warmer to help speed up the time it takes to get him fed. To help us sleep a little more soundly through the night, we installed an AngelCare crib monitor in his bed. This is a simple movement sensor that fits under his mattress and if no movement is detected after about 3 seconds, an audible tone alerts us. If no movement is detected after 10 seconds (maybe less), an alarm goes off. It’s worked great and is much easier to use than the Snuza monitor that we had to clip to his diaper. 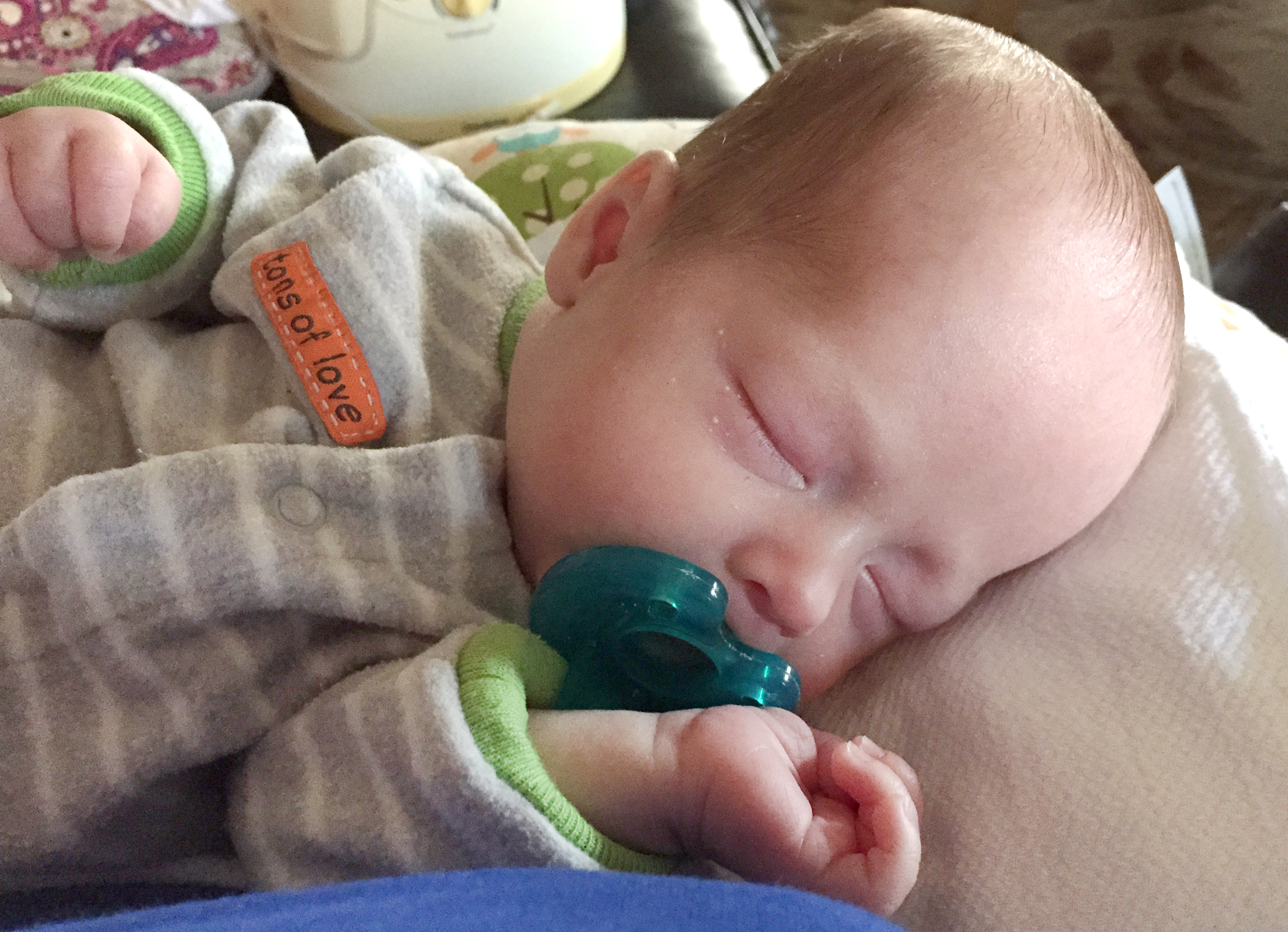 When we were discharged with Spencer last week, the doctor suggested upping his calories a little with half a teaspoon of Enfamil in each bottle of breast milk. On Thursday morning, we took Spencer in to see his pediatrician for his initial checkup.  It seems Spencer has been very gassy and it sometimes keeps the poor guy up a few times during the night. Our doctor suggested some infant gas relief drops with his formula. The doctor also agreed with the NICU and ordered Spencer to stay on a 6 week quarantine until his immune system builds up. He said it’s a good thing it’s summer, because if it was cold and flu season, he’d recommend even longer! Joy’s mom came down from Oklahoma on Sunday night to help for a few weeks, so we’ve got her locked down under quarantine now too. 😉

When Joy talked to her sister Julie the other day,  she suggested that since the only thing we’ve done differently since bringing Spencer home is adding the Enfamil formula, that may be the reason he’s been so gassy..  When Spencer went in this morning for a weight check, the doctor said since he’s been having lots of gas and he’s already a healthy 8 lbs. 3 oz, that we could stop adding Enfamil and see if that helps. Other than the gas, Spencer got a great checkup. 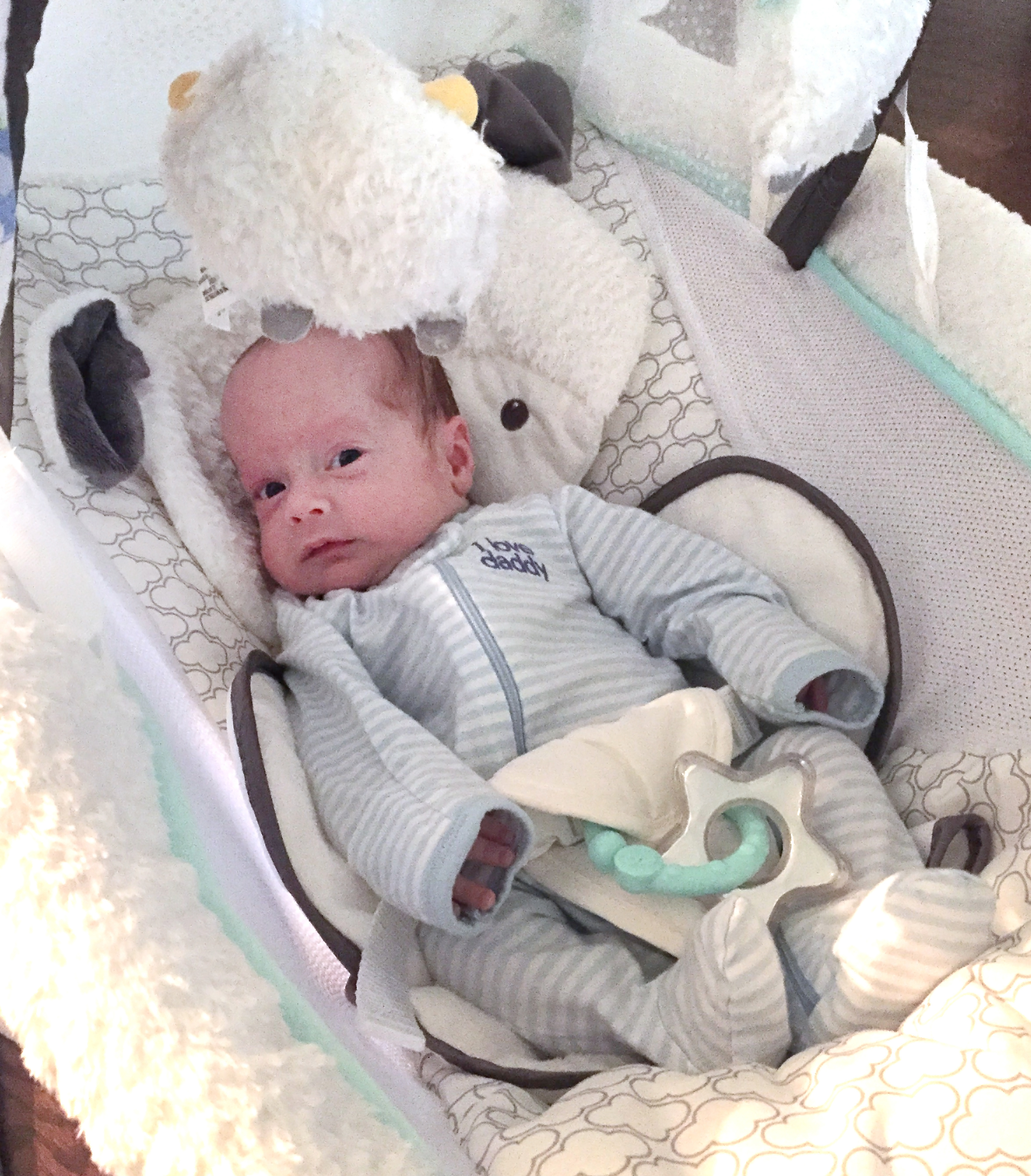 One reply on “Our First Week Home with Spencer”

He looks great! Maybe that will solve the gas issue. Love, Poppi & Gigi