On Friday, Spencer was 3 weeks old and today would be week 33 for his gestational age. He continues to grow and develop and recently added 2 more ounces so he’s now  up to 3 lb 14 oz. He was spitting up a little every now and then so they’ve switched him to  continuous feedings now. Instead of getting fed 24 mL every 4 hours, he’s now getting about 10 mL an hour continuously. Looking at the pictures below it looks like those 2 new ounces went straight to his cheeks!

It’s so much fun visiting Spencer in the evenings. When he wakes up, he just loves to look around the room and take things in. He certainly has a wide range of expressions. Joy and I talk to him for a bit and then we pull a book and read him a bed time story. Lately it’s been Dr. Seuss, but on Sunday we went to the bookstore and picked up some new ones. As soon as I saw it, I had to get one of my childhood favorites, Richard Scarry’s Cars and Trucks and Things That Go! It’s filled with all kinds of cool drawings of cars and trucks and there’s a little Goldbug hidden on every spread. See if you can spot him on the cover of the book! 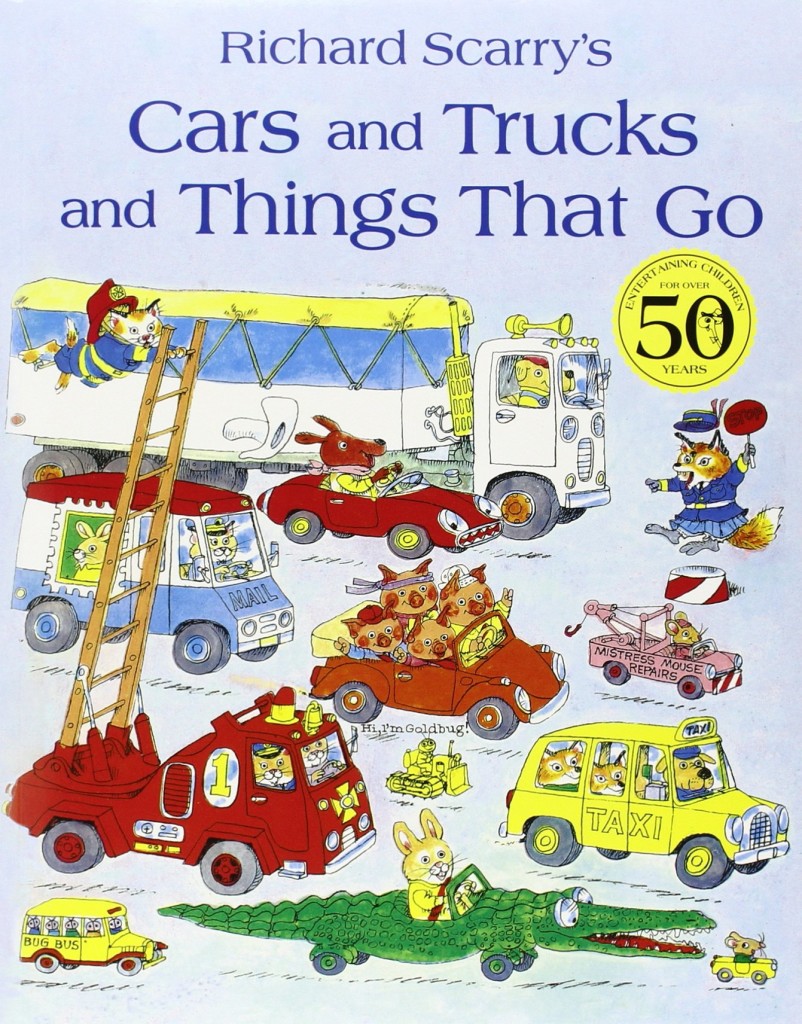 The Kangaroo Cuddle Awareness marathon they were having at the NICU ended over the weekend. During the marathon, you got to put a kangaroo with your child’s name up on the board and a little blue or pink joey for you baby. The last one we earned I got to put together and I clearly had not paid very close attention to the other ‘roos. Since Joy cuddled with Spencer on her chest, that’s where I taped the little blue joey on our kangaroo. It wasn’t until few days later that I noticed that all the other joeys were in the momma’s pouch!

I am so happy you have this site, so I can stay updated. Spencer is a precious, adorable miracle. I miss you in choir and am keeping you in my prayers.

Spencer is adorable and doing so well! Still praying for all of you. Thank you for sharing with us.

Loved that book. You were always the best at finding goldbug