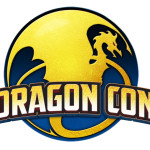 Joy and I decided that this year for our birthday gift to each other and for our 10th anniversary, we would go to Dragon Con in Atlanta. If you’ve never heard of Dragon Con, it’s like Comic Con, just a little smaller and a lot closer. It’s a 4 day convention that spans 5 hotels in downtown Atlanta. There’s a parade, costume contests, parties, vendors, and panels on all manner of video/board games, movies, literature, fan films, comics, cartoons, and pop culture. It’s basically Nerdigras!

This year’s Dragon Con took place over the Memorial Day weekend and started on the Thursday before. So we hired a house/dog sitter, made reservations, chose the panels and events we wanted to see and hit the road Thursday after work. We had a big weekend ahead of us, and since we didn’t arrive in Atlanta until around 11pm, we tried to get a good night’s rest.


We decided our first day of Dragon Con would be our costume day. We decided to dress up as part of the Rescue Rangers. Joy was Gadget Hackwrench and I was Dale (of Chip & Dale). So Friday morning, we got up, got into character and grabbed some donuts and coffee from the hotel lobby for breakfast. Since we were staying in an overflow hotel (the host hotels were very expensive and booked for months), we had a complimentary shuttle to and from the convention.  Our first order of business was acquiring our badge. This went a lot quicker than I had hoped. We were pre-registered and there was lots of staff so the line was super fast.

With badges in hand, we were off to our first panel, where we heard from the cast of the TV show, Arrow (Detective Lance, Anatoly Knyazev, Talia Al Ghul, and the Canary.) There weren’t any juicy spoilers or plot reveals, but we did hear some funny anecdotes and interesting questions from the audience.

The next item on our list was to try and catch Patrick Stewart. We had to walk to another hotel and once we got there  we grabbed some burgers and chips and searched for the end of the line. We knew the line was going to long, but we had no idea just how long. It started doubling up inside the lobby but then we followed it outside the building and around the corner! We knew we weren’t going to get into that panel so we decided to cut our losses and head to our next one, which fortunately was in the same hotel.

This panel was an 80’s cult classic discussion and we heard from Cary Elwes (Wesley from the Princess Bride) and C. Thomas Howell from the Outsiders.  Cary really knew how to work a room and was a big hit with the ladies, giving out several hugs. When someone asked him to sing the theme song from “Men in Tights,” he started to stammer a bit and then someone in the Robin Hood costume from Men in Tights ran on stage to fill in! He was  great look alike and together he and Cary sang the theme song. 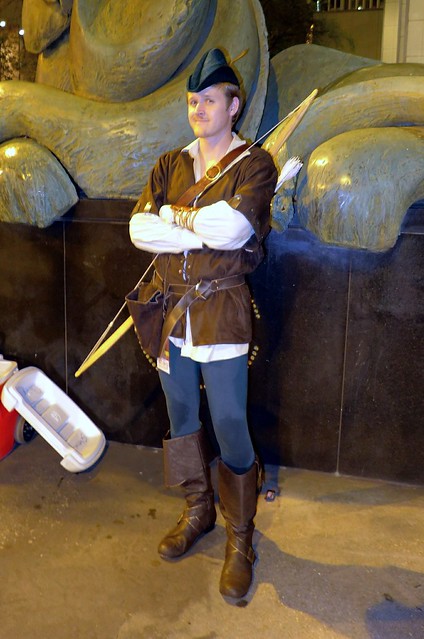 Our next panel was going to be about the mythology of Stargate but it got pushed back 1.5 hours. Instead of waiting, we decided to head to the vendor hall and do some shopping. There’s was lots of amazing stuff in the market, everything from lightsabers and animatronic cat ears to board games and leather corsets. We grabbed a new dice game called Dungeon Roll and a dice tray and decided to call it a day. 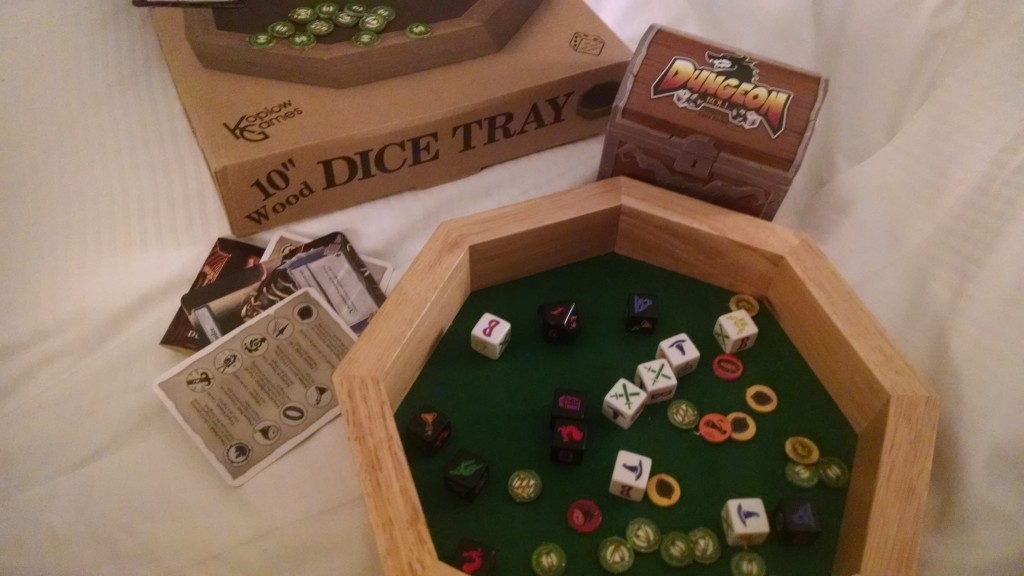 We took the shuttle back to our hotel for some quick R&R and room service. After we  were rested and refueled, we got ready to go back for the Friday Night Costume Contest. Unfortunately, we missed the last shuttle from our hotel and had to take a cab, which despite only being an 8 mile drive, cost us $38! It was really crowded in the lobby of the hotel and we were afraid that we had missed our chance to see the Contest since the line went outside the building but the parted the velvet ropes for several new lines and we made it in. The costumes in the contest were amazing! Such creativity and talent. I wish I could’ve taken some good photos but we were seated in the very back. Fortunately, someone filmed it and put it on YouTube (Thanks Branden!).

If you don’t want to watch the whole hours worth of video, just watch Part 3 to see the top winners.

We snuck out a few minutes before the contest winners were announced to beat the crowd and make it back to our shuttle. I’m sure the fun really started after we left, as there was a couple of costume balls, live bands, and of course room parties, but the last shuttle to our hotel left at 11pm and we were pretty pooped and didn’t feel like spending another $40 on ride back.