It’s been about a week since I started the 60-day challenge on Rocksmith 2014 and so far I’ve enjoyed just about every moment of it! There is still one lesson I’m having trouble passing because the game doesn’t seem to hear my G string correctly. I never really had much fun practicing on my acoustic guitar, but I genuinely look forward to my daily hour with Rocksmith. I still play over the 60 minutes at times, often until my fretting fingers are sore. 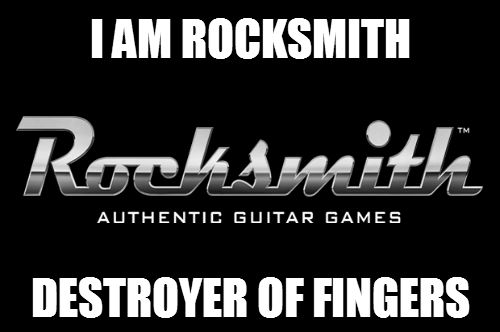 
While I was searching, I was also pleased to find out that there is a subreddit for Rocksmith:  http://www.reddit.com/r/rocksmith. While I was browsing through the posts, I found one where someone had replaced the strings on his electric guitar with colored steel strings. The strings, made by DR, match the colors of the strings in Rocksmith so this would be an excellent teaching aid!

I went out at lunch to try to find some at the Fret Shop, but they didn’t carry DR, so I went over to Railroad Bazaar. They didn’t have this particular set of strings, but they did sell the other colored strings produced by DR. He said the colored strings were ok, but they didn’t have the same tone as plain steel or nickel strings. When I got back to work, I checked out the Amazon.com reviews on the different Neon packs (bass, electric, and acoustic) and there were a few similar comments. Others said they made learning the strings easier. They’re only $12/pack, so I might just grab a set.

Here’s some pictures of someone else’s guitar with the Neon DR strings on it. As you can see, they look pretty awesome under blacklight! 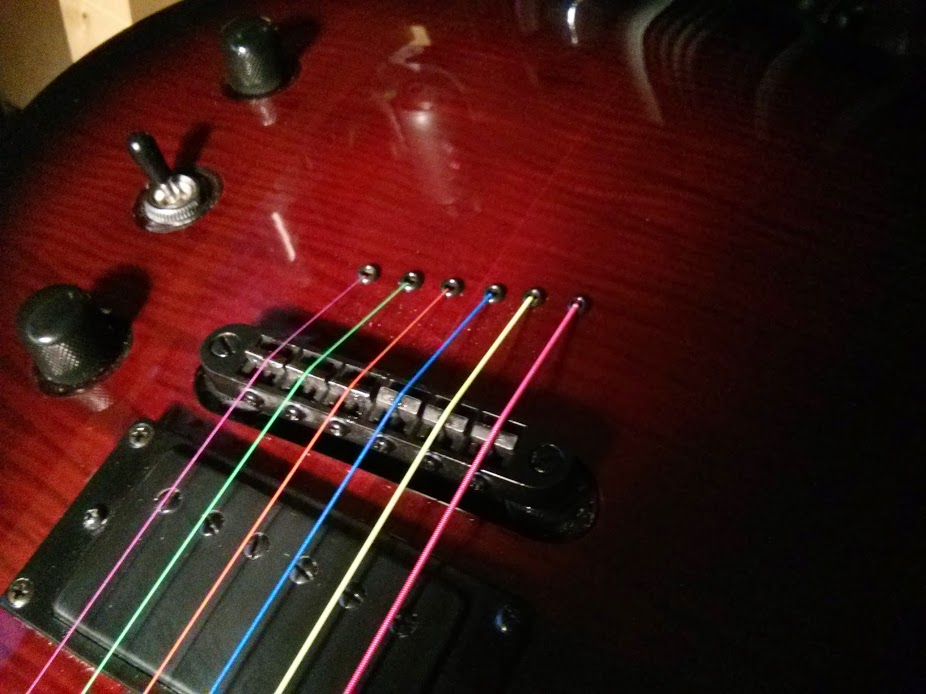 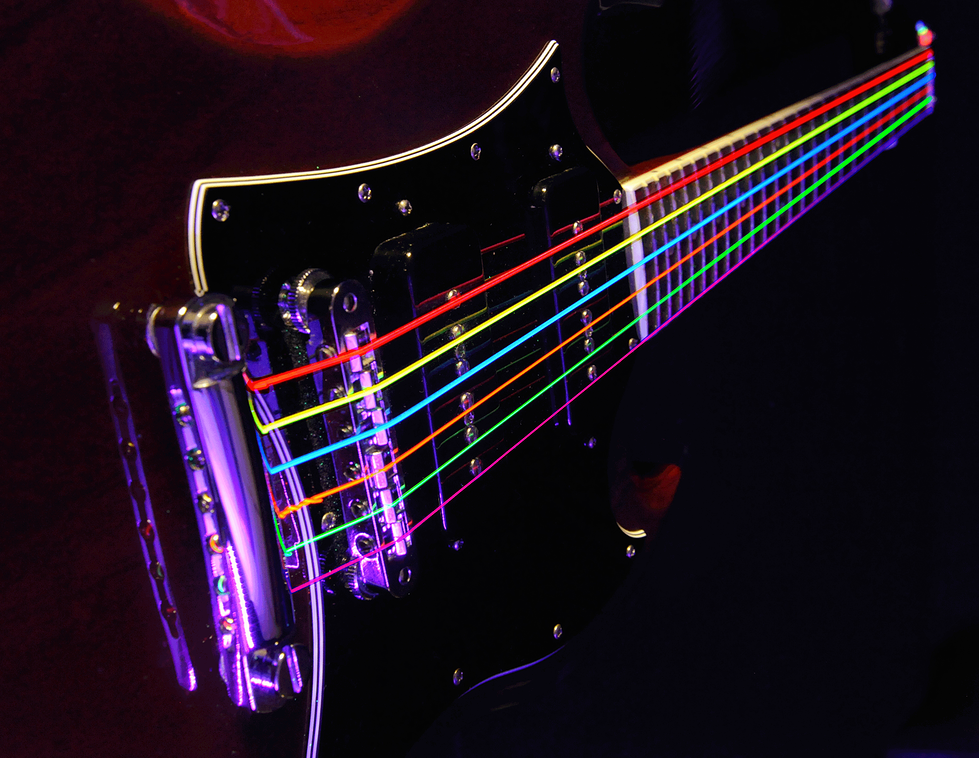 I guess I’m also going to have go out and purchase a blacklight for, um, training purposes. Y’know, maybe some laser lights and fog machine wouldn’t hurt either?