This past weekend I put some of the finishing touches on a very special project that I’ve been working on for about the last 4 years, the restoration of my 1972 Volkswagen Super Beetle, “Pokey.” Since it’s been almost 4 years since Pokey’s been on the road, some of my friends may not even know I have him or why.

I bought Pokey back in 2002 when I was up to my eyeballs in new car debt. I had a new truck at the time, but I also made the stupid mistake of co-signing on a another new-car loan for someone I was dating at the time. Long story short, our relationship ended and I ended up with two car payments. A co-worker suggested I call Dave Ramsey, a Christian financial advisor, and tell him my dilema. He told me to sell both new cars and buy  a cheap beater car to get around in while I pay off the debt. I had always wanted to have my own Herbie, so on a lark I decided to see if I could get a classic VW Beetle for under $2,000. I found a gentleman selling a few that he’d been fixing up a few miles outside of town, so I went out with my sister and her husband to check them out.

He had three Beetles in various stages in repair, but the one I was drawn to the most was this bright orange Super Beetle. He only wanted $1,600 for it and my brother-in-law and I looked it over and after a test drive, I offered him $1,300 which he accepted and I went home with a “new” classic car.

I decided to give my Bug a name shortly after getting him. It just seemed the right thing to do, especially since these Beetles are so full of personality. My nickname in high school and college was Gumby, probably because I was tall, skinny, and my hair does this crazy lump thing if I let it grow too long! Since I had a bright orange VW, I decided his name should be Pokey.

After getting him home, my brother-in-law and I went over Pokey to make sure he was road worthy. We gave him a good scrub inside and out and made sure the brakes were in good shape and Pokey would stay between the ditches as they say.

Once he proved his road worthiness, Pokey became my daily driver. I sold both of my new cars and lived a life of adventure driving a 30+ year-old car. I’ll be honest, I kinda enjoyed the questions, comments, and fill-ups at the gas station where folks would tell me their histories with a VW Beetle. Pokey got good gas mileage (20-25 mpg) and was cheap to operate and insure. After the first year, one of the valves on the number three cylinder got sucked into the engine and he needed a new motor. Not wanting to put my trusty steed out to pasture, I scraped together as much money as I could without going into debt and managed to get a new motor installed. 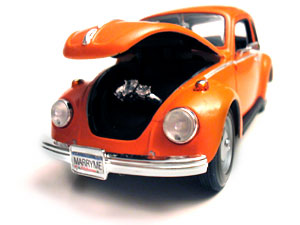 I continued to drive Pokey for several more years. I even found a great woman who found my orange, air-cooled “beater” endearing. I knew she was a keeper and I decided to marry her. I even proposed to her using Pokey, well, a scale model of him. We didn’t leave our wedding reception in our Beetle, but he did have a prominent spot on top of my Groom’s cake! 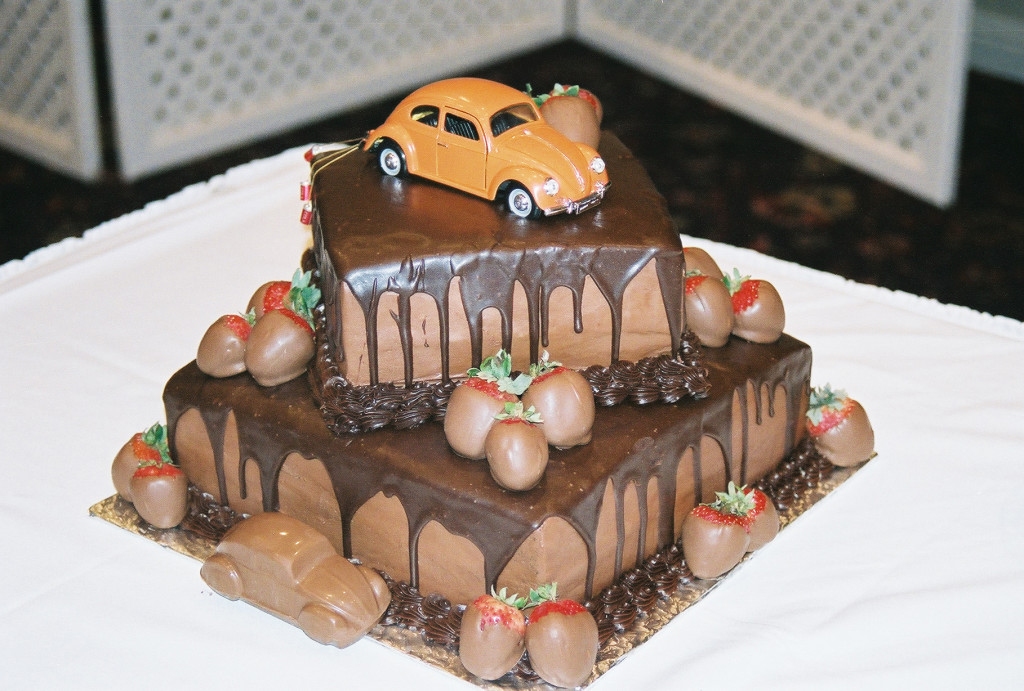 So, that’s the story of how me and my Beetle came together. After we’d been married for a year or two, we decided to retire Pokey to weekend duty and I bought a used truck. A few years later after we bought our first house, Joy and I decided to give Pokey a full restoration. It’s taken about 4 years due to budget and time constraints but it’s been a heckuva journey. Pokey got sand-blasted, welded and patched, primed and painted. He now has disc brakes, meaty new wheels and tires, and a hot orange paint job! When my painter asked what color orange I wanted, I told him the exact same color as the General Lee from the Dukes of Hazzard, which is 1975 Corvette Flame Red. It’s a gorgeous color… a bright orange in direct sunlight and beautiful reddish-orange as the sun goes down.

Joy and I drove Pokey to my parents house tonight for the big reveal. We even lined Pokey and me up to recreate the picture my sister took over 11 years ago when I first brought him home. He still needs a little tweaking and tuning to regain his road composure, but he’s raring to get back on the road and join the VW club on the next scenic cruise or car show! 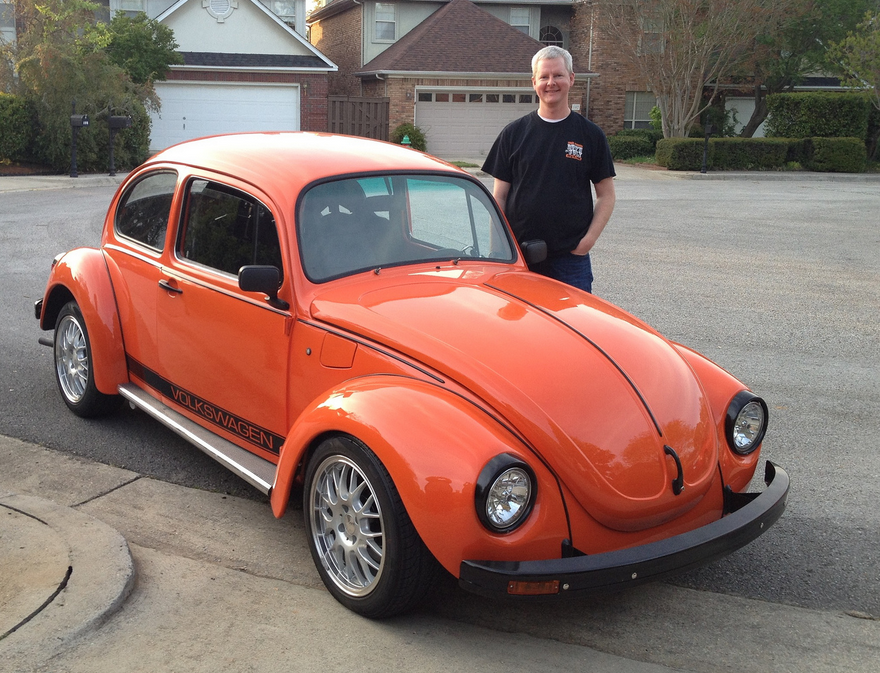 Click here to see both images together.
To see all the restoration pics, visit my “Pokey” set on Flickr.